Leadership Lessons: 4 Questions to Ask Yourself When Setting Goals

There are many ups and downs along the way to hitting a really big goal. Last year, I set a goal to win the Silver Cup, which meant my office would have to be #1 in my category for the year. Looking back, there were lessons I learned and questions I asked myself that helped me achieve my goal. My hope is that these questions will serve as a guide for others going after a big goal. 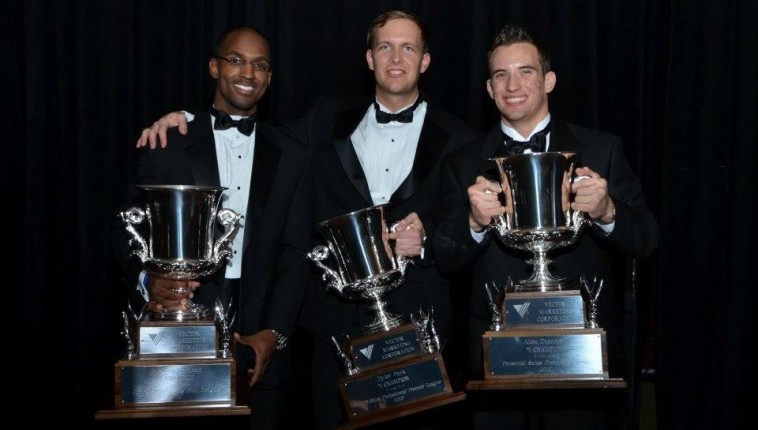 What needs to happen for me to really commit? How do I create that now?

As soon as I really committed to the goal, I started sharing it with others. I can't honestly say that I was the most diligent or hardest worker in the beginning but I was engaged and it felt different. It's kind of hard to really go after a goal in the beginning - unless you have already had some type of victory.

I know we're not supposed to act on feelings, but I've found that when you can learn how to manage your emotions instead of ignore them, you'll put yourself in the right mindset to hit your goals.

Does my goal scare me?

I knew we had the right goal because it was inspiring, but it scared me. The lesson I learned is that no matter what you are doing, there will always be goals that scare you. Those are the ones worth going for. As challenges happened, I realized that it doesn't matter what happens. What matters is what you do about it.

What's the biggest goal that you could achieve this year? How about this month? This week?

While trying to hit this huge goal, there were times (especially in the fall) when I became disengaged. I'm not apologizing for having that happen but sometimes you don't learn your lesson until you "learn your lesson."

I've learned that challenges don't build character, they reveal it. What builds character is your response to what happens to you. Your growth happens (or doesn't happen) in the response.

Many people say that the key to success is having one person they lock arms with so the goal can be achieved together. You may have heard this before, "What you appreciate, appreciates."

It's true. How often do you appreciate and encourage the people who support you? When you go after a big goal, you can change the way people around you think and perform. You can change the culture of how people perform by your example.

When most people leave a business, they leave with skills, habits and attitudes that arm them for success at the next level. Learning how to set and achieve big goals is one of the best skills you can have to launch yourself into your next endeavor.

Greg Cothran has been a District Manager with Vector Marketing since 2007. In 2012, Greg's office in King of Prussia, Pennsylvania was the #1 office out of hundreds in his category, earning him and his team the Silver Cup. Greg is a graduate of Temple University in Philadelphia. LinkedIn