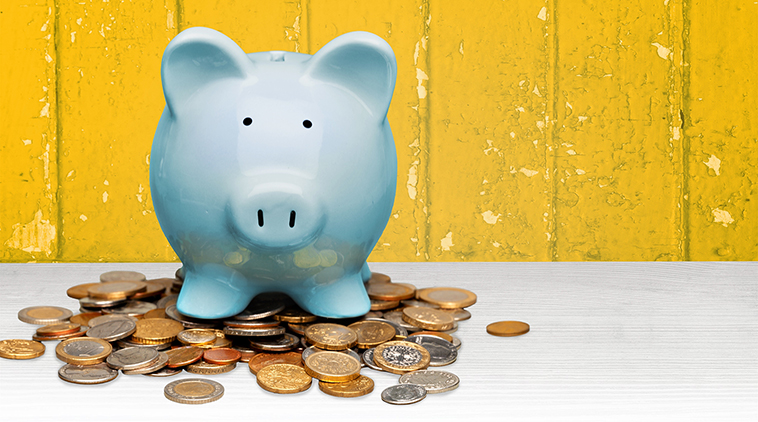 As a management candidate, there are probably a lot of questions swirling through your mind. Money should be one of them.

You keep hearing words like “start up” and “withholdings”. Why do Vector managers spend so much time talking about saving? Why is saving at a young age such a big deal?

Well read on, future wealthy person, and let's find out!

Be in a Position of Choice

BTDubs, you don’t have to know right now if you want to actually run an office. Dean Marks, the district manager in State College, PA says priority number one is to learn as much as possible.

“Just put in the work. It’s not really a matter of ‘will I be a district manager?’ It should be ‘how much better can I make myself by going through this?’”

If you absorb everything management training has to offer (leadership, time management, and public speaking, just to name a few) and decide later not to open? You'll walk away far ahead of those students who spent that time binge-watching Netflix.

Think about it. Learning to save now sets you up with a great habit for life.

Yes, you’ve got bills to pay today. You’re forking over cash for stuff like rent, books, tuition, even those tasty burritos at the Mexican place down the street. (OMG burritos)

Saving now can be tough, but, sadly, it’s not going to get any easier. Someday you’ll have a mortgage and a family, and by then you may have decided that dollar-meal burritos aren’t going to cut it anymore.

Lucky for you, you decided to go through Vector management training back in college and have already established a habit of saving.

This will totally come in handy down the road when your expenses and finances are trickier than they are now.

Some of you reading this may have never really saved money before. You’re in the habit of spending every penny you make. So where do you even begin?

When it comes to money for your potential future office (hey let’s just call it your office from now on), Vector lets you set up a withholdings account. You can grow this account by either turning money in or by automatically withholding a portion of your paycheck every week.

The most successful savers do a combination of both. (FYI, the money in that withholdings account is often called your “start up”. If you decide not to run an office, of course, you get the money back. It’s yours.)

DM Carly Michaelis (South St. Louis) says she isn’t naturally a disciplined saver. But she had money automatically withheld and never touched it.

“If I needed money, I would sell more.” Carly said that developing savings skills is important. “It cultivates the discipline to sell, which makes you a better manager because you can better relate to the rep experience.”

After all was said and done, Carly saved $12,000 in start up for her branch summer and $23,000 to go district. Not exactly the stereotype of the broke college student, huh? She encourages all of her AMs to withhold their AM pay for this reason.

Dean, Cicely Madarang (BM, Santa Cruz, CA), and Pete Salazar (DM San Antonio, TX) all contributed lump sums in addition to their withholdings Pete gave a start up check to his DVM at each management prep meeting he attended.

Dean set up a 25% automatic withholdings on his account to create a forced savings plan. Much like Carly, he said he knew he had to force himself into the habit. He also sent in checks periodically or gave them to his DVM or RM at events.

Cicely said her AM withholdings were automatic but she sent in checks totaling $4,000 in the fall and spring before opening for summer.

Learning to save money for a goal or for emergencies keeps a metaphorical rainy day from turning into a full-on crap storm. And it will give you peace of mind that when life’s big and little inconveniences come your way, you’ll be financially prepared to handle them.

So let’s get back to those two questions from the beginning: Why do Vector managers spend so much time talking about saving? Why is saving at a young age such a big deal?

One reason is to make sure you are financially ready to open your office with no fear and no worries.

Your savings creates a snowball effect, either positive or negative. Dean said that he saved more than the minimum amount to open an office but fell short of his start up goal.

“It put me in the wrong mindset. Because I was focusing too much on money as opposed to creating culture and building the team and driving results.”

Carly adds, “As a BM or DM it's important to focus on the most CPO creating activities; worrying about money takes your focus away from that. All of our top managers in our region had a lot in startup, and I believe not having financial worry fostered an intense focus on growing the business.”

By the way, having savings as an adult will give you the same confidence. An adult that's been saving for retirement for 30 years has a very different outlook on their future than an adult that lives paycheck to paycheck.

Your Future Self Will Thank You

Retirement may be the biggest future financial burden that you haven’t considered.

Saving a little each month, starting young, means that you have a much better chance of living comfortably in retirement, rather than struggling.

According to the Federal Reserve, the median value of retirement savings for Americans aged 55-64 is just $103,000.

Retirement probably seems way far off, but starting to save today will help with other things in the slightly-closer future.

To buy a house (and avoid PMI charges), most lenders will require you to cough up 20 percent as a down payment.

Even if you’re just longing for a better car or a visit to the Great Wall of China, saving money now means you’ll never have to say “I can’t afford it” to your dreams.

Save Up. Run an Office. Save More.

One of the benefits of working with Vector as a branch or district manager is that the company also provides you with additional start up money to help you get started.

Plus, each region runs contests where you can earn things like free office rent or office makeovers.

And let's not forget the incentive trips, which can make your annual vacations cheap (or even free).

Oh, did someone say car? Starting in 2015 every district manager is eligible to earn a BMW lease paid for by the company. Money not spent on car payments can go right into your retirement.

And while we're talking about different ways our district managers can save money, we should also mention Campaign Bonus, PACE Bonus, Super Bonus, Monthly Bonus…Vector likes to reward hard work and great results with dolla dolla bills, y'all!

(Have questions about any of these? Ask your district or division manager... or leave a comment below!)

By starting your journey of savings NOW (or improving whatever you're currently doing), you are massively setting yourself up for the future.

Management candidates, if you decide you DO want to run a Vector office, you’ll be fully prepared with the right skills and the right finances.

And if you don’t, then you won’t complain about having too much money or too many skills. As the old saying goes, "I will do today what others won't, so I can do tomorrow what others can't."

What are YOU doing to set yourself up for the future and put yourself in a position of choice?