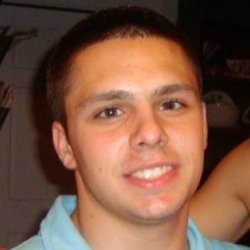 Wilmington, DE (February 21, 2013) – Matt Foss, of Mesa, Arizona, has received an All-American Scholarship for his outstanding sales achievement with Vector Marketing, the company that sells Cutco Cutlery. With more than 40,000 sales representatives, Foss ranked #14, for the most recent campaign. This is the first time he has won a scholarship since beginning with the company in March 2012.

Foss is a freshman marketing major at Scottsdale Community College in Scottsdale, AZ. He was introduced to Vector by a friend who recommended him for the sales position. Foss is a Branch Manager candidate for the summer of 2013 when he hopes to own his own Vector office for the summer months.

“I expect that my experience working with Vector will help open an lot of doors for me in the future. I’ve developed a solid work ethic, time-mangement skills and goal-setting skills. It’s true when “they” say that hard work pays off – it really does,” says Foss.