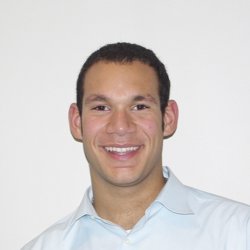 Wilmington, DE (November 14th, 2012) - Carlos Castro, Jr., of Wyckoff, New Jersey has received an All-American Scholarship for his outstanding sales achievement with Vector Marketing, the company that sells CUTCO® Cutlery. With more than 40,000 sales representatives, Castro, Jr. placed #8 nationwide for the most recent campaign. He began working with the company as a high school graduate in the summer of 2011.

Castro, Jr. is a sophomore at Loyola University Maryland in Baltimore studying business. He was initially drawn to Vector due to the need to finance his own education. In addition to his sales responsibilities, Castro, Jr. works as an assistat manager in the Paramus, New Jersey office. He is hoping to run his own summer branch office for Vector in the summer of 2013.

“I knew that I had the potential to do well with this company if I worked hard, which is something Vector encouraged me to do. I’ve gained the tools to be proactive, achieve continous improvement and become a leader. Winning this scholarship reaffirms that if I continue to strive toward excellence – I can achieve it,” says Castro, Jr.