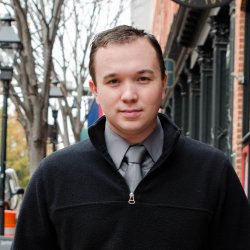 Wilmington, DE (February 11, 2013) – Ryan Leach, of Mechanicsville, Virginia, has received an All-American Scholarship for his outstanding sales achievement with Vector Marketing, the company that sells Cutco Cutlery. With more than 40,000 sales representatives, Leach ranked #9, for the most recent campaign. This is his third consecutive scholarship win. He began working with Vector in 2010.

Leach is a third year engineering student at J. Sargent Reynold Community College. He is working with Vector to pay his own way through school. In addition to his sales accomplishments, Leach is hoping to become a Cutco sales professional (CSP) with Vector and is working in the company’s Realtor program.

“When I first started with Vector, I didn’t put much effort into it. Then I realized that I needed to earn an income. It was at that point when I fully committed myself to the work. I could have just given up, but instead, I stuck with it and it’s changed my life. By earning this scholarship for the third consecutive campaign, it tells me that I’m doing something right,” says Leach.