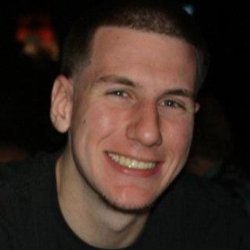 Wilmington, DE (February 7, 2013) – Michael Ambrosino, of New Rochelle, New York, has received an All-American Scholarship for his outstanding sales achievement with Vector Marketing, the company that sells Cutco Cutlery. With more than 40,000 sales representatives, Ambrosino ranked #8, for the most recent campaign. This is the third time he has won a scholarshp since he began working with Vector in June 2010.

Ambrosino is a junior marketing major at Iona College in New Rochelle, New York. He began working with Vector in 2010 after a sports injury. The income has allowed him to pay for his school tuition and intends to graduate debt-free in 2014. In addition to his sales achievements, Ambrosino has worked as a Vector assistant manager for each fall and spring campaign since 2010. He also ran a Vector summer branch office in the summers of 2011 and 2012.

“Vector has taught me to be thankful for all that I have and has allowed me to see that I do have control over my finances. I’ve gained intangibles that are necessary to succeed in the business world. Once I graduate debt-free, thanks to my Vector income, I will begin building my wealth,” says Ambrosino.