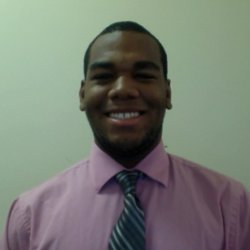 Wilmington, DE (October 31st, 2012) - Templeton Timothy, of Budd Lake, New Jersey has received an All-American Scholarship for his outstanding sales achievement with Vector Marketing, the company that sells CUTCO® Cutlery. With more than 40,000 sales representatives, Timothy placed #2 nationwide for the most recent campaign. This is the 2nd time he has won an All-American Scholarship with the company.

Timothy is a sophomore at Franklin and Marshall College in Lancaster, Pennsylvania studying psychology, spanish and pre-law. He began working with Vector in January 2012, due to a need for income to pay his own way through college. Timothy has reached the level of field sales manager (FSM) with Vector. He also works as an assistant manager in the Newtown Square office, is a CUTCO Sales Professional (CSP) candidate and a branch manager candidate for summer 2013.

“For me, winning an All-American Scholarship demonstrates the epitome of work ethic. The winners of the scholarship are the people who worked consistently throughout the campaign. Being able to put that work ethic toward my education is one of the most valuable tools I’ve gained with this company,” says Timothy.